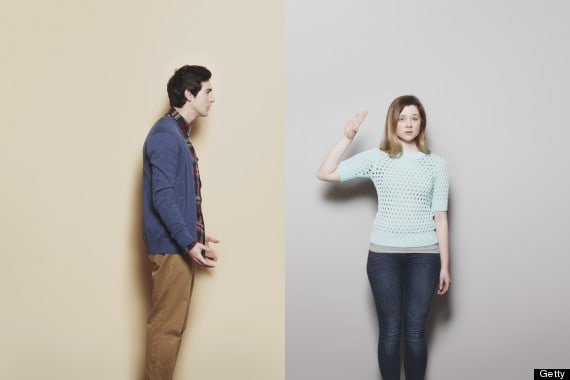 Who’s right, who’s wrong : Humility in Marriage as a Christian marriage counselor clients come in and want me to tell them who is right and who is wrong. Couples counseling is not as simple as he’s right and you’re wrong or she’s right and you’re wrong. There are different points of view. There are different ways of doing things. In the 15 years that Lexie and I have been married we have been able to distinguish and divide certain domestic roles between us. This didn’t really require a conversation, the roles just seemed to evolve naturally. For example, I take out the trash, handle car maintenance and vacuum the floor. Basically, anything dealing with the yard and 80% of all the cooking. Lexie’s jobs consist of buying the groceries, cleaning the bathrooms, caring for the children and washing and putting away 80% of the clothing (which is funny because I used to be a dry cleaner. I just don’t think about it now. Well at least it’s funny to me). I believe we have a pretty good system. However, there are times she may not do something exactly the way I would. Let me give you an example. When it comes to washing clothes, Lexie sorts out the loads into lights and darks. I have to resist the urge to tell her that she’s not doing it right because the proper way to do it would be to break it down to whites (things that could be bleached), off-white, darks, and red. In the past when she has things put into her piles of clothing, I have come back behind her and separated them into four loads of clothing, or worst yet, make a snide comment about how she’s not doing it right. I have even pushed her aside and started doing the job while she’s in the middle of it (by the way guys, don’t do this! It’s the worst idea you’ll ever have). I thought the best thing to do was to not saying anything to her. I knew better than to make a comment, a snide remark that could easily escalate, or a soft sigh, which has the same body language connotation as sarcasm. When I would do this you could tell Lexie was immediately offended, after all, this was her job, she was taking care of it and everyone was getting clean clothes. It may not have been done the way I wanted to do it, but it got done and it was not the end of the world.

It’s a natural question to ask, humility in  marriage but it’s not the right question. We both felt angry and we both could justify our behavior (I was a dry cleaner at seven locations. Don’t you think I would be the expert when it came to sorting clothes?) Any argument I could’ve come up with to justify my behavior would have only escalated the problem further. What I should have been doing was showing my wife the respect, appreciation and understanding that she deserves.

What we see in couple’s counseling is that both spouses think that their way is right. When this occurs nothing happens, nothing changes and only bitterness and anger grows from it. Neither person is willing to make the first move of giving their spouse the love and respect they deserve for the effort that they put into it.

I needed to take a more humble approach. What does it mean to be humble? The world would tell you that humility is a virtue of wimps and losers. An example could be husbands who are doormats to their wives: they let their wives walk all over them and are whipped (making the whipped sound). In the Beatitudes, Jesus says those who are hopeless, grieving, humble, and hungry for justice are happy. Throughout Scripture, we find this common theme: “God stands against the proud, but He gives favor to the humble” (James 4:6; 1 Peter 5:5). Wisdom should tell you this: pride comes before disaster, and ignorance before a fall. Better to be humble with the needy and to divide plunder with the proud. (Proverbs 16:18 – 19)

A husband or wife has to set aside their need to be right, have the last word or make their point. You need to put aside your anger or frustration and look for the bigger picture: happiness within your household. You can do this by actually listening to what the other person is saying, in order to get a deeper understanding of why they’re doing it. You allow it yourself to avoid an escalating fight that will have no winner and will only grow resentment. What we need to do is grow our humility and release our pride. Why does anyone have to be right? Have humility in marriage